ELITE Paranormal of Kansas City was asked to return to The 3rd Street Asylum in October of 2015. Since we had last investigated this location, the staff had noticed as rise in activity at the haunted attraction. Due to the nature of the business, 3rd Street Asylum is in a constant state of reconstruction and renovation in order to change the attraction for each new season. Could this be the reason for the increase in the activity in the building?

The staff reported to us that they had seen apparitions in the building and that they had been quite startling to them. In our previous two investigations in 2013, we had captured quite a few EVPs and had even heard a disembodied voice in the location. This investigation, we decided to be a lot more mobile and attempt to focus on the locations in which they reported the apparitions.

The building is quite large and very segmented which makes investigating quite hard. This investigation, we did not notice much in outright activity while we were there but did pick up some EVP and some ITC interaction. As to what or who is haunting the 3rd Street Asylum it is hard to say. The building was the Bonner Springs High School many decades before becoming a haunted attraction.

The building is built on the site of the original town cemetery. Could that explain the activity that goes on there? We may never know for certain. 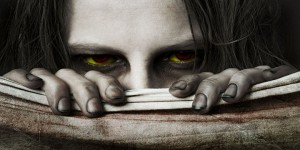 This location has so many rooms it was hard for us to classify them.
K = Kitchen Area
LGE = The Large Main Room
EV = Echovox Application
3rd= The Top Floor of the location
SB7 = Captured from the MEL-SB7 Ghost Box
PRD – PRD-1000 Andy’s Box – Spirit Box