The Connor Hotel was built in 1907 and was extremely elegant with a very European look and feel. It was named for Mr. Thomas Connor who was a wealthy real estate developer and mine owner. The Connor Hotel was designed but the architectural firm Barnett, Haynes, and Barnett. Mr. Connor died before the hotel could be completed.

During it’s seventy years of operation, the hotel experienced many deaths. During construction, there were several deaths due to construction accidents. There were records of many suicides in the hotel as well as one woman plummeting to her death from the rooftop.

By the 1970s, the building had began to deteriorate and was scheduled for demolition in 1978. A couple of days before the scheduled demolition, there was a collapse inside the hotel and two men were killed and one man buried alive. He was eventually rescued and survived his injuries. 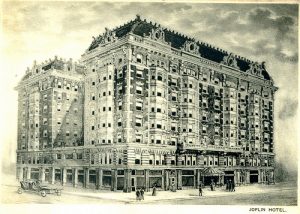 Today, the Joplin Public Library sits at the site and has for many years. The Connor Hotel is nothing but a memory but we do believe there is a lasting imprint there from the spirits of those who passed away under some tragic circumstances. During our time on the site, we did notice a lot of shadow movement in the building after the lights go out. Many apparitions have also been seen by modern-day library patrons. We did our best to communicate with whatever spirits may still come and go from the site and we list some of that data here on this page. 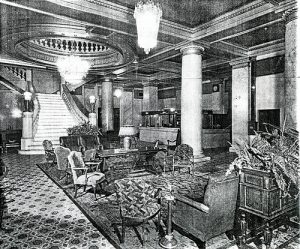